Sign up for our Newsltter to receive work updates & latest news!

The Koolmees, Ijsvogel and nature are the main subject matter for this mural, though in addition there are some hidden connections to the area’s history.

called the “Uitvinderswijk”, because of the many streets that are named after inventors and scientists.The patterns in the leaves show discoverers

such as Columbus, Ohm, Newton, Edison, and Galileo.

These smaller details are often noticed over time. However, they also add value for tour guides, and people doing tours of the city, by creating a

visual aid in the story-telling of The Hague’s heritage, and help connect us with the past. 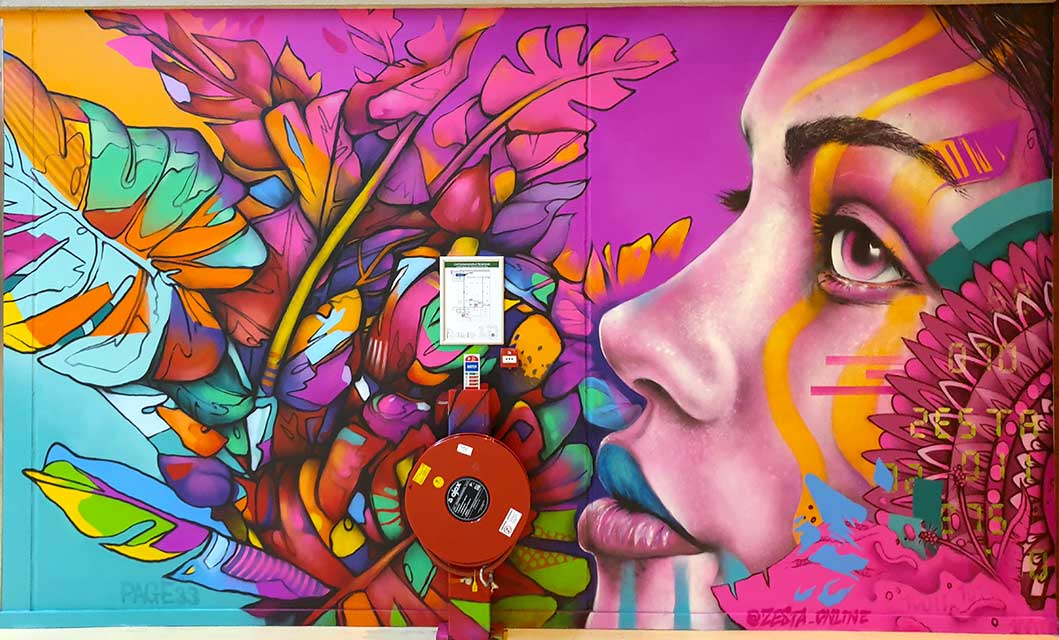 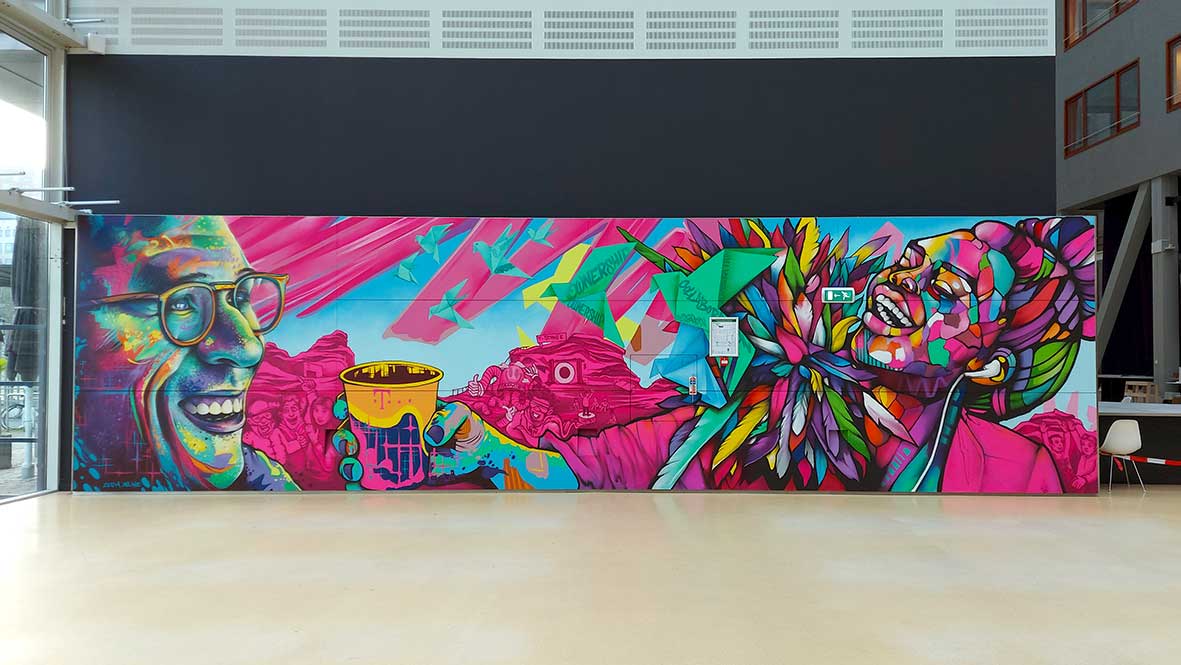 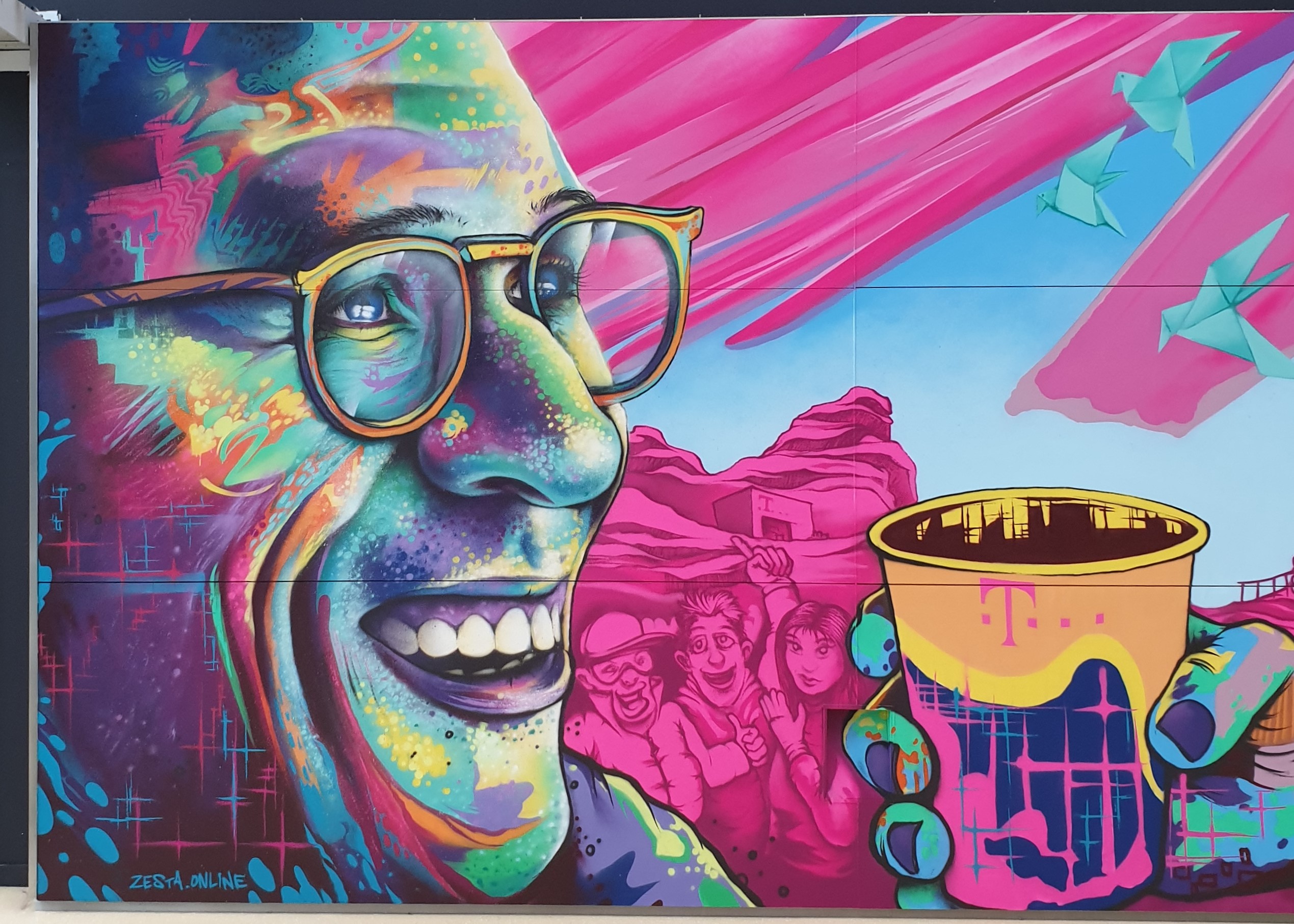 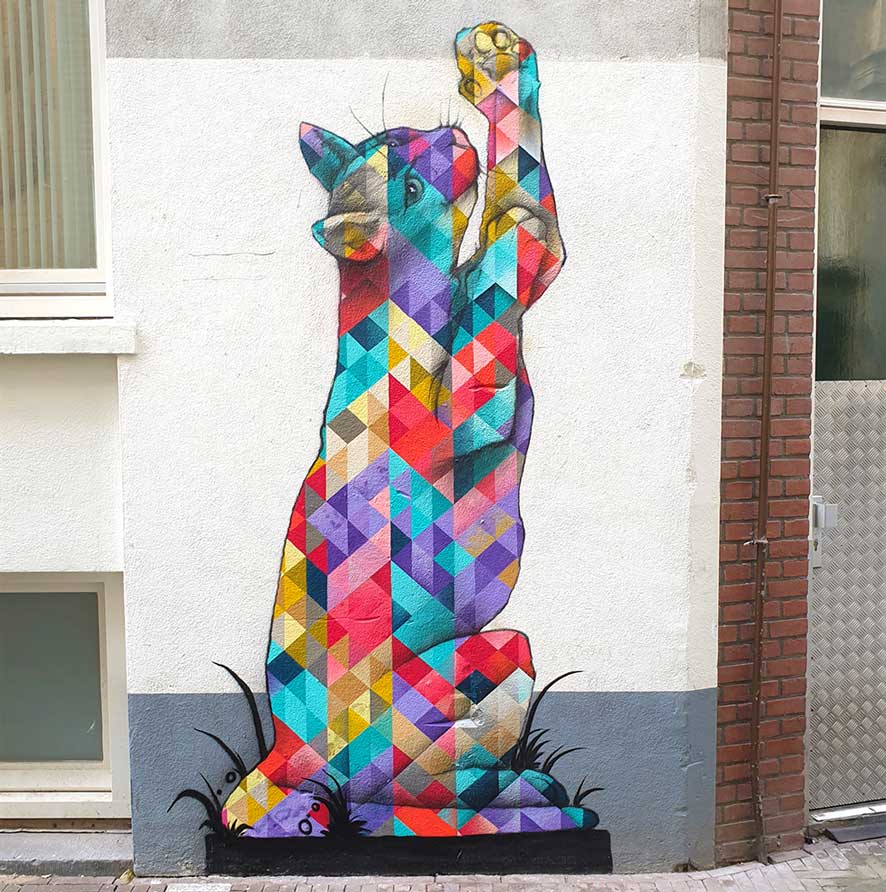 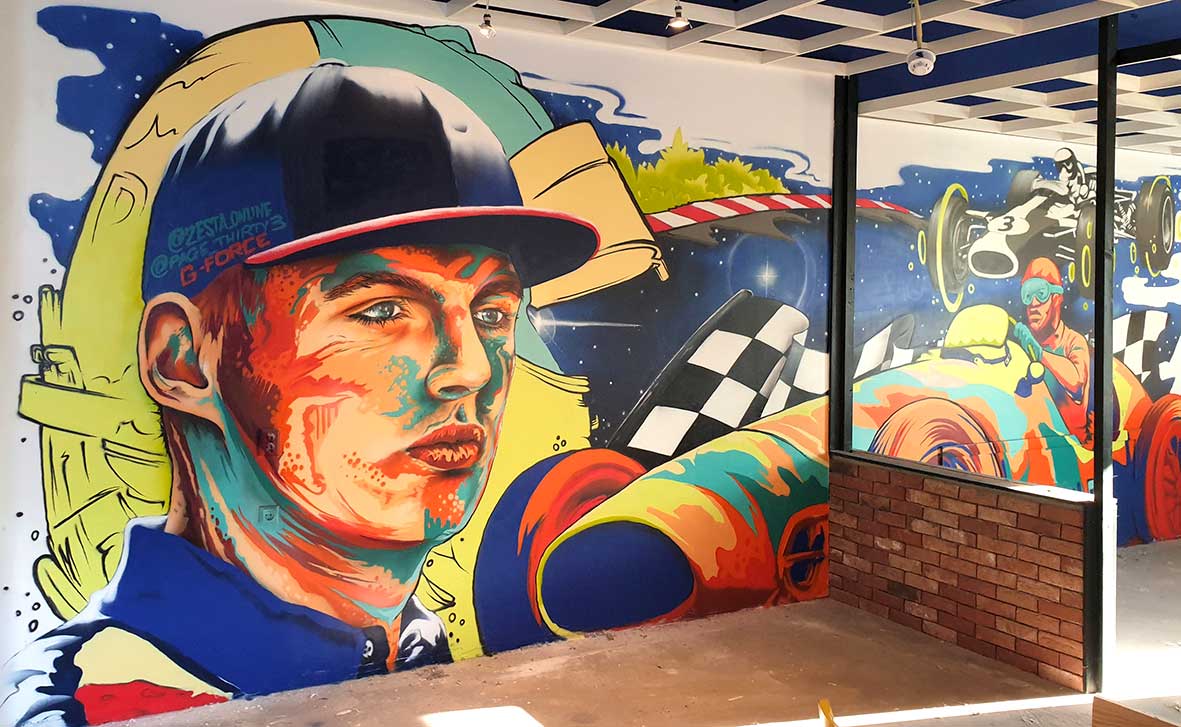 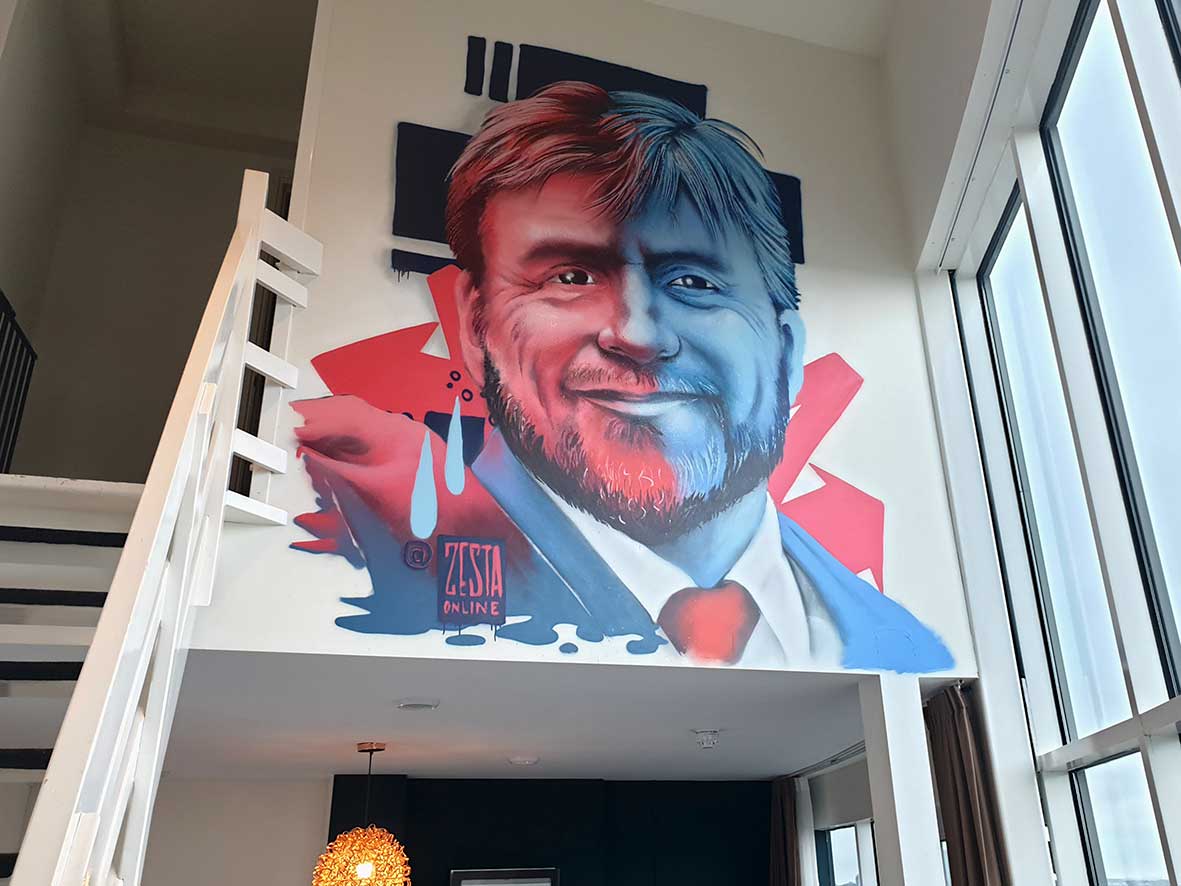